Zahoor Khan and Abdul Shakoor hogged the limelight and bagged the man of the match awards in matches contested by the legends of the game.  If not for the opportunity they’ve got through the Abu Dhabi T10, many of the legendary cricketers who are playing with these UAE cricketers may never know who they are and whether they are capable of winning matches 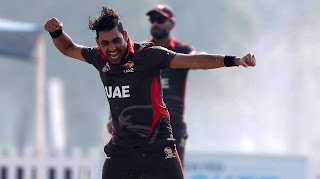 Four years ago, before the start of the first edition of the T10 tournament, Shaji Ul Mulk, whom I had interacted with during his playing days in UAE domestic cricket and as head of the Ajman Cricket Council and Emirates Cricket Board member, had mentioned to me that he had big news, which would create a flutter in cricket. During the interview that followed, Shaji Ul Mulk revealed his plans of staging a 10-over format international tournament.

As soon as this interview appeared in the Gulf News, not many took it seriously and considered it to be a tournament that may just be a festival event meant to have fun. A few even expressed their apprehension on whether international cricketers would join to play in a format that had never been experimented before. The vision of Shaji Ul Mulk, who is the chairman of the Abu Dhabi T10 League, was so convincing that he conceptualized it to be a hit among the fans. This format won the hearts of the fans within the first few matches of the first edition and all seats at the Sharjah Cricket Stadium, which was the venue for the first two editions, got sold out forcing many to return home disappointed at not being able to witness the action live.

When One Day 50-over matches and the T20 format were introduced, there were many purists of the game who believed that these formats would destroy cricketers’ skills.  There were many such skeptics in the UAE too who considered the T10 format to cause more harm to the game and would in no way contribute to the development of domestic cricketers.

It should be noted that the same was talked about Indian Premier League (IPL) when it was launched. There were comments that it would destroy bowlers and transform batsmen into bang-bang style players. However, today if Indian cricket has such a huge reservoir of talented cricketers, it is mainly due to IPL. Team India’s bench strength, even for Test matches, is contributed by players who came to the fore through IPL.

One can expect the same to happen, if not happening, in UAE cricket. Players from the UAE picked by the Abu Dhabi T10 franchises are hogging the limelight. On the first day of the fourth edition of the Abu Dhabi T10, UAE opener Abdul Shakoor bagged the man of the match for Maratha Arabians in a match contested by experienced international cricketers like former Pakistan captain Mohammad Hafeez, Wahab Riaz, Wayne Parnell, Nicholas Pooran and Lendl Simmons. 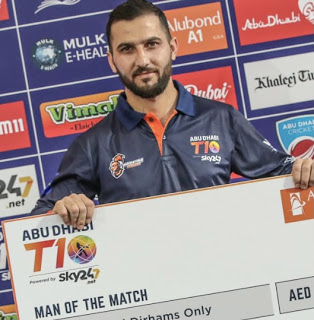 On the second day, UAE medium-pacer Zahoor Khan emerged as the man of the match for Deccan Gladiators in a match contested by legends like Chris Gayle, Sunil Narine, and Kieron Pollard. Even UAE’s Rohan Mustafa, who played for Team Abu Dhabi, bowled brilliantly in that match. If not for the opportunity they’ve got through the Abu Dhabi T10, many of the legendary cricketers who are playing with these UAE cricketers may never know who they are and whether they are capable of winning matches.

Today, if the Indian pace attack is one of the strongest in the world with new entrants like Mohammad Siraj and T. Natarajan, it is because they sparkled playing alongside international stars and proved to be match-winners in the IPL.

Last year, after a few UAE players appeared in the Abu Dhabi T10, they got opportunities to play in T20 leagues in Canada and the USA. So very soon, Abu Dhabi T10 should be able to do what the IPL did in transforming domestic cricketers into international stars. Many Abu T10 franchises have picked UAE’s most promising cricketers into their teams, and they may well go on to become internationally acclaimed cricketers soon.