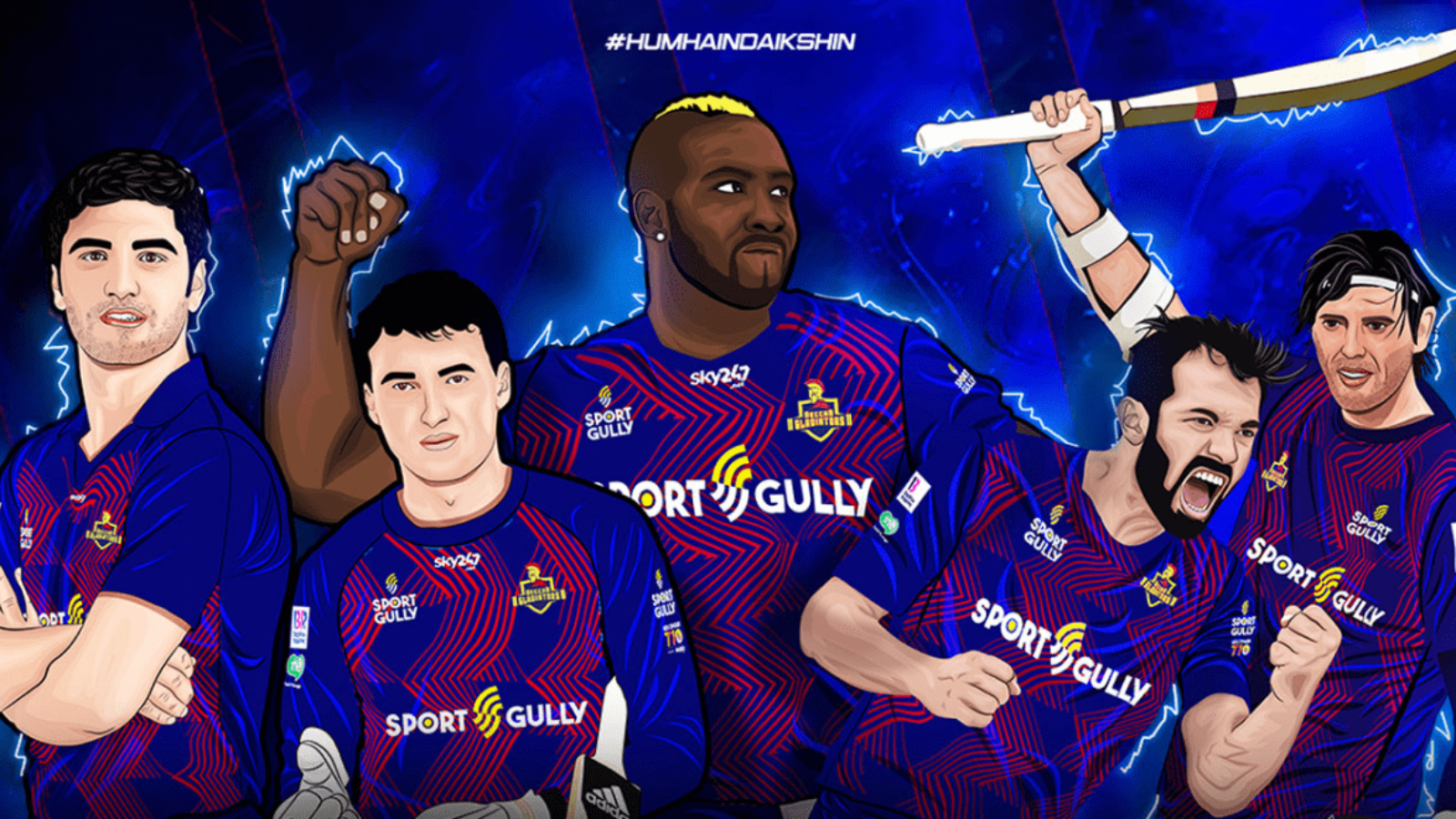 Owner Mr Gaurav Grover & Head Coach Mushtaq Ahmed happy with the team and said that they got what they wanted, looking forward to win the title this season.

Dubai/Mumbai: Deccan Gladiators have packed their squad with big power hitters for this edition of the Abu Dhabi T10 League scheduled to start from November 19 to December 5, 2021.

Explosive opener Evin Lewis at the top, the mercurial Andre Russell at No. 4 and star all-rounder Odean Smith, who bowls 140kmph and is capable of hitting the ball long, will come in at No. 8. That apart, the team has a host of experienced and exciting players like Najibullah Zadran, David Wiese, Tom Kohler-Cadmore, Ravi Bopara, Sultan Ahmed, Rumman Raees. The team also has young and talented cricketers like Tom Banton and 17-year-old Izharulhaq Naveed. Overall, Deccan Gladiators have picked a well-balanced squad at the Players Draft for the Abu Dhabi T10 held late last evening.

Happy with his team, Deccan Gladiators team owner Mr Gaurav Grover said: “I am very happy with the team we got, actually it went as we wanted and according to our strategy. Last two editions we had focused a lot on our bowling but this year we have a lot more depth in our batting and with Gpd’s grace, we are hopeful of going all the way to the title this season.”

Head Coach Mushtaq Ahmed said: “We had spent few days strategizing the kind of team we want to pick and I am very happy and excited at the same time that we got what we were looking for and I am hopeful that they can show their talent and express themselves and, Inshallah! win the trophy for Deccan Gladiators this season.”